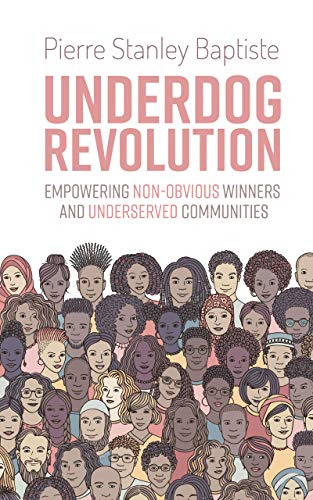 “An Oldie but a Goodie”

(I think this is the reprint of the book.)

While going through some of my stacks of books, I discovered an old used book that  must have picked up from the library book sale last year.  The book is Dale Carnegie’s “Public Speaking”, printed in 1926.  I flipped through the first few pages and was hooked from the beginning with his bio.

Dale grew up in Missouri, the son of a poor farmer.  At 16 years of age his family moved to Warrensburg, MO.  He enjoyed public speaking and joined the debate team.  He attended the State Teacher’s College in Warrensburg.  After college, he sold correspondence courses to ranchers and then sold bacon, soap, and lard for Armour and Company.  He quit sales to become a Chataqua lecturer. He ended up in New York City to attend an acting school.  He had little success in acting. While living at the YMCA, he got the idea to take the one thing that he was good at, speaking, and began to teach classes to others about how to overcome their fears and to speak well.  His students became successful and his reputation exploded with opportunity.  He found success by tapping into the men’s desire and need to have more self confidence.

After Dale spoke to a sold out crowd at Carnegie Hall in New York City, Dale changed his last name spelling to “Carnegie”,after Andrew Carnegie, the famous businessman and philanthropist.  Numerous corporations, including IBM and General Motors, sent their employees to Carnegie to help them to become more confident and successful.

Dale wrote “How to Win Friends and Influence People” during the Great Depression.  The book was an instant success and best seller.  He sold 5 million copies, had 450,000 graduates of his Dale Carnegie Institute, and critiqued 150,000 speeches at the time of his death in 1955.

I enjoyed his “Public Speaking” book as it is rich with historical examples and stories of leaders, stories of people learning to speak publicly, quotes and amazing teaching on speaking that is applicable to conversation, life and communication. I absolutely enjoyed it.  There was a chapter on memorizing, I found especially interesting, on the power of attaching images to what you are want to remember.  Throughout the whole book there are wonderful examples and specific and practical advice, instruction, and application.

His life itself is so inspiring.  Here is a link to read this short article of Carnegie’s bio and success, called “A Shortcut to Distinction-A Biography Sketch of Dale Carnegie” by Lowell Thomas.

We can be encouraged by Carnegie to look at what we have in our hands, who we are, and what we like to do, and ask, “How can I use this to help others?”  You never know what one thing will lead to!

Blessings!  Please share any amazing “reads” you have run across lately!
jane

“Perennial Seller – The Art of Making & Marketing Work that Lasts”

I loved how Ryan combined the “Making” and the “Marketing” together in this book.  The Making section has to do with creating something great, but realizing that only comes with doing lots and lots of whatever it is!

This is a great quote by Austin Kleon:

“Lots of people want to be the noun without doing the verb.”

So whatever is on YOUR heart to do,
Be encouraged to take action and DO IT TODAY!!

“It’s so amazing how even in small ideas that come from ordinary people there can be wisdom, beauty, and insight that if they put in the work might reap incredible rewards.”
Ryan Holiday

The 2nd section of the book is on Marketing and articulating what your project or vision is, what it does, how it helps people and who it is for.  Ryan offers some practical suggestions for a launch plan for your project that was very helpful.

So - What creative idea or project are YOU working on right now?

Please share below any comments and any good books YOU are reading now!