“Tattoos on the Heart” 4 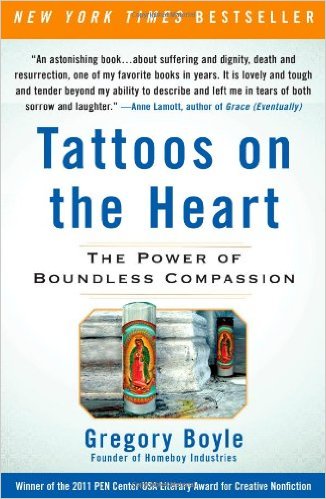 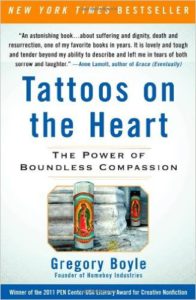 Ruskin urges us to the “Duty to Delight.” It was an admonition to be watchful for the hilarious and the heartwarming, the silly and the sublime.  This way will not pass again and so there is a duty to be mindful of that which delights and keeps joy at the center, distilled from all that happens to us in a day.

We bask in God’s unalloyed joy, and we let loose with the same joy in whoever is in front of us.  Then we exhale, (for the breath has to go somewhere) - to breathe into the world this same spirit of delight, confident that this is God’s only agenda.

I suppose Jesus walks into a room and loves what He finds there.  Delights in it, in fact.  Maybe, He makes a beeline to the outcast and chooses, in them, to go where love has not yet arrived.  His ways aren’t our ways, but they sure could be.

Sr. Elaine Roulette, founder of My Mother’s House in New York, was asked, “How to you work with the poor?”  She answered, “You don’t.  You share your life with the poor.”  It’s as basic as crying together.  It’s about ‘casting your lot’ before it ever becomes about ‘changing your lot.’

Mark Torres, with Homeboy Industries, says,”We see in the homies what they don’t see in themselves, until they do.”  You stand with the least likely to succeed until success is succeeded by something more valuable:  kinship….. Kinship is not serving the other, but being one with the other.  Jesus was not ‘a man for others.’ He was one with them.  There is a world of difference in that.

Well, my friends, I hope you are inspired by these few posts on “Tattos on the Heart.”  The book is filled with wonderful stories, full of humor, pain, love, and compassion.

Blessings to you this week,  May we “Stop for the one!”

PS. Heidi Baker is one of my heroes, check out her books!  She will encourage you to “Stop for the One!” 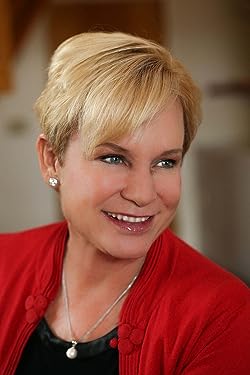 “Tattoos on the Heart” 3

Do you ever get frustrated when you are trying to help someone overcome something in their lives or believing in change for someone?

Tielhard de Chardin wrote that we must ‘trust in the slow work of God.’

Who are we not to?  It takes what it takes for the great turnaround. Wait for it.

Gary shares that he was not always good at waiting.  One example concerned Leo, a short, squat, exceedingly likable kid you could not resist wanting to help.  Gary set up many interviews etc. for him and he would just be left hangin’.  One evening he happened to run into Leo after being stood up.  He began to apologize etc. and G responded, “No need to apologize, mijo, you taught me something tonight.”

“That’s right.  Tonight you taught me that no amount of my wanting you to have a life is the same as you wanting to have one.  Now, I can help you get a life - I just can’t give you the desire to want one. So, when you want a life, call me.”

Some months later, Leo did call G.  What turned the lightbulb on?  He was watching TV and saw a commercial about ITT Institute and he wanted to get him one a’ them… careers.

Leo was amazing with animals so G called his vet and Leo got hired right away.  He began with cleaning up the dog poop and cages, then learned to bathe the animals and give shots.  Now Leo is supervisor at an animal shelter.  He got himself “one a’ them careers.” It was worth the wait.

“Sometimes you need to walk in the gang member’s door, in order to introduce him to a brand-new door.  You grab what he finds valuable and bend it around something else, a new form of nobility.  You try to locate his moral code and conform it to a new standard that no longer includes violence and the harboring of enemies.” 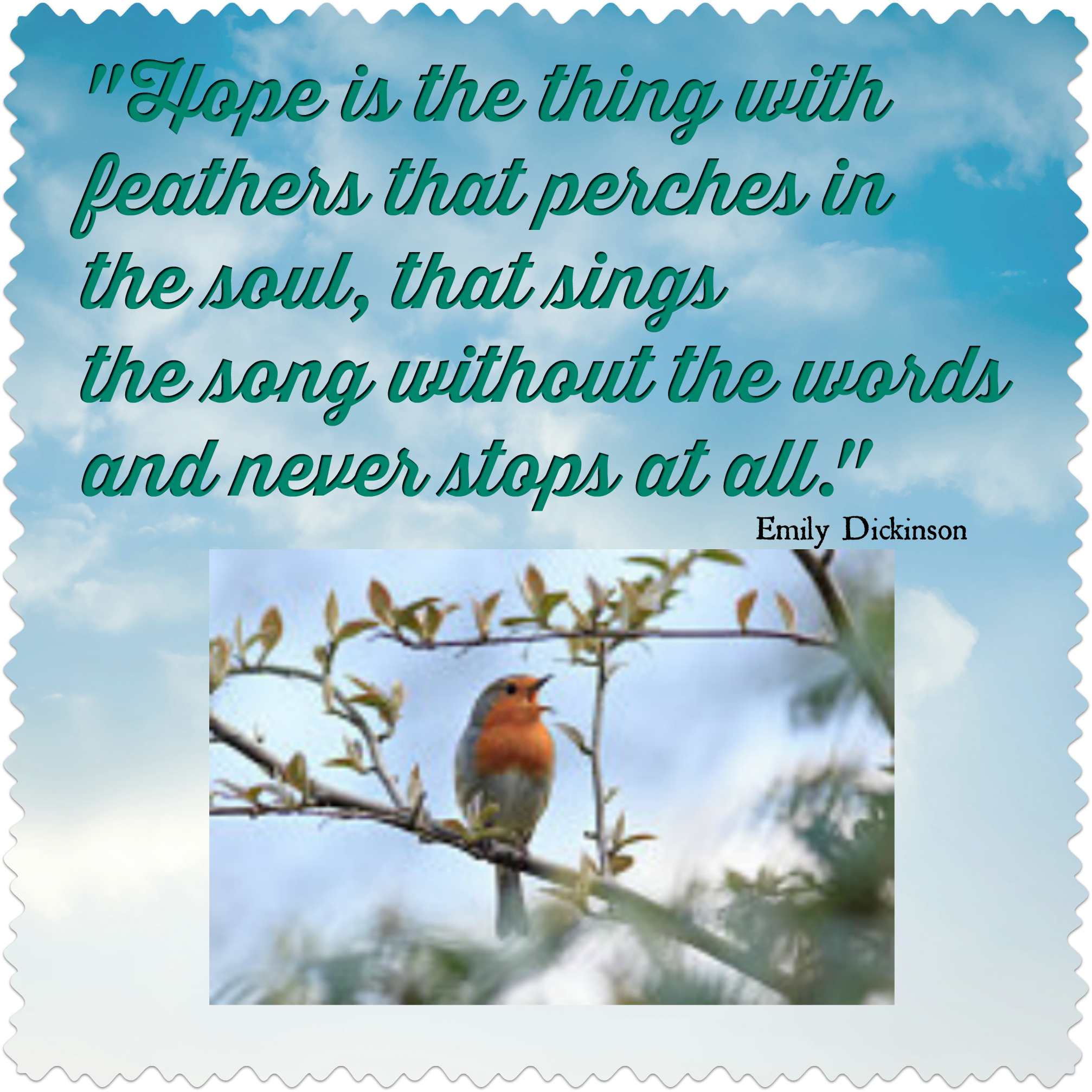 “I’ve come to trust the value of simply showing up…. and singing the song without words.  And yet, each time I find myself sitting with the pain that folks carry, I’m overwhelmed with my own inability to do much more than stand in awe, dumbstruck by the sheer size of the burden, more than I’ve ever been asked to carry.”

(I just have to share this story word for word. So powerful!) (Pedro’s brother has just killed himself) 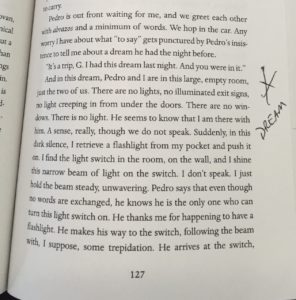 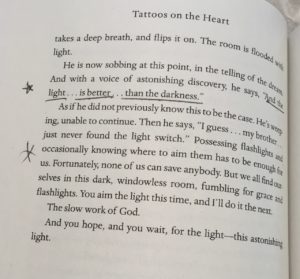 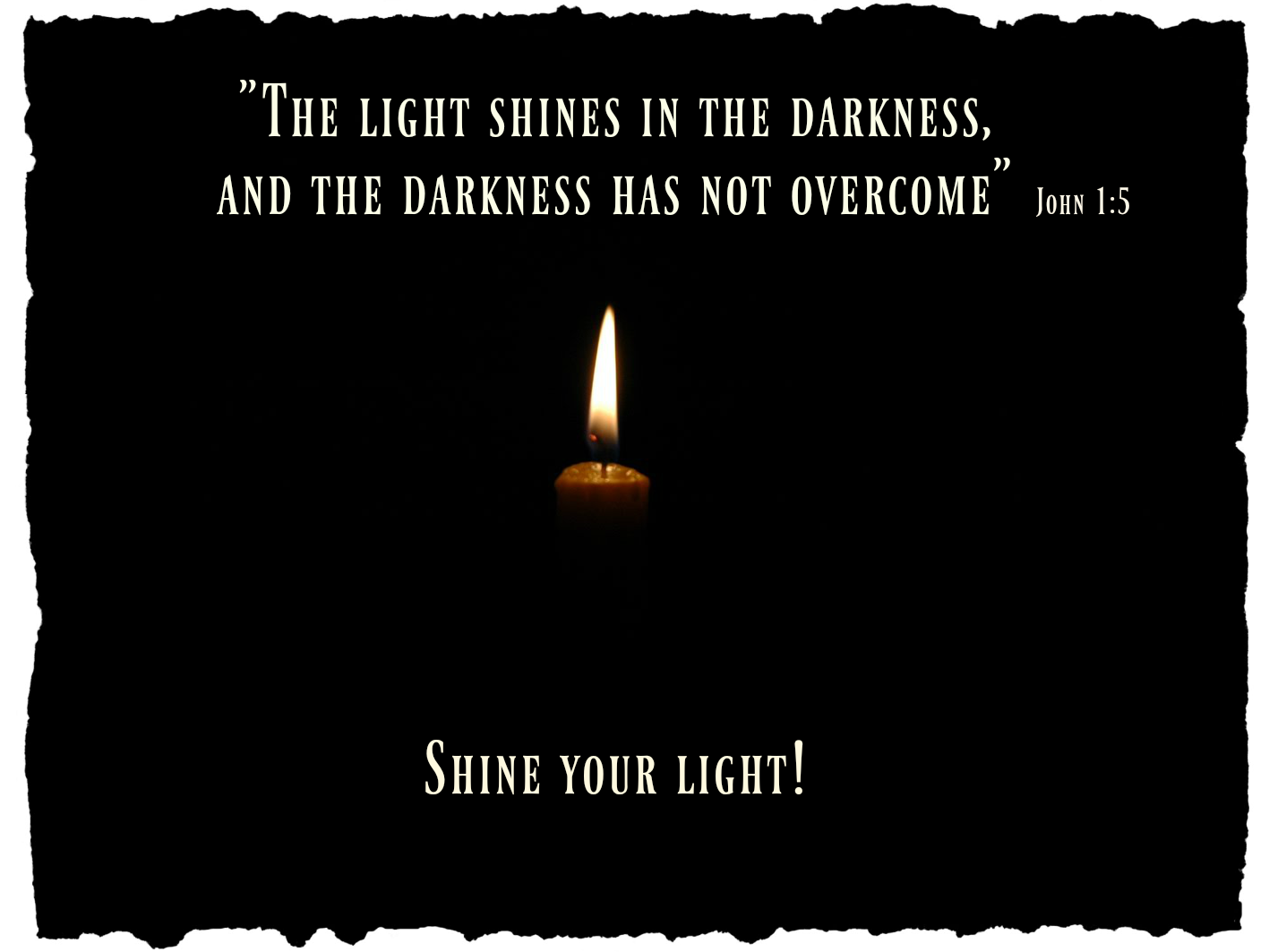 I am having a really good time sharing with you!  Be sure and comment or e-mail me with your feedback!

PS. The first person to comment will receive a FREE copy of “Tattoos on the Heart!”

Today is my birthday!  I want to share it with YOU! 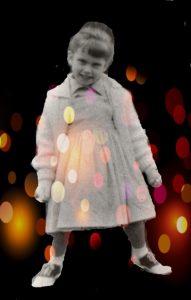 “Tattoos on the Heart” 2

“The trust measure of compassion lies not in service of those in the margins, but in our willingness to see ourselves in kinship with them.”

The strategy of Jesus is not centered in taking the right stand on an issue, but rather in standing in the right place, with the outcast and those relegated to the margins.

“Compassion isn’t just about feeling the pain of others; it’s about bringing them in toward yourself.  If we love what God loves, then,in compassion, margins get erased.  ‘Be compassionate as God is compassionate,’ means the dismantling of barriers that exclude.”

An example is given from Scripture when Jesus is in a house so packed that no one can get in. So some people rip the roof off to lower their paralytic friend down so Jesus can heal him.  The focus is on getting him healed, but there is also the ripping the roof off the place, and those outside are being let in.

Anthony, 19 years old, has been on his own awhile, parents disappeared long ago, fending for himself, selling PCP to buy food and one day their conversation turns to “what do you want to be when you grow up” theme.  Anthony tells G he wants to be a mechanic.  G’s mechanic, Dennis, could fix any car, but rarely spoke.  G asks him to teach Anthony.  He smokes and listens and gives a stony stare, and finally says, “I will teach him everything I know.”  So Anthony becomes a mechanic and sends G updates of his progress. One day he hands him a photograph - Anthony with a broad smile, axle grease smudged face, work shirt with ‘Anthony’ embroidered proudly on his chest.  He is a transformed man, but standing next to him with his arm around Anthony, is Dennis, an equally changed human being.  All because Dennis decided to rip the roof off the place.  Being in the world who God is.  The ones on the outside have been let in.

“Compassion is not a relationship between the healer and the wounded.  It’s a covenant between equals….. Compassion is always, at its most authentic, about a shift from the cramped world of self-preoccupation into a more expansive place of fellowship, of true kinship.”

Gangs are bastions of conditional love - one false move and you find yourself outside.  Slights are remembered, errors in judgment held against you forever… Homeboy Industries seeks to be a community of unconditional love.  Community will always trump gang any day.”

Do we function like communities or gangs?  Unconditional love or conditional?  With grace, forgiveness and mercy or with judgment, unforgiveness, and mercilessness?

What barriers need to be dismantled in our lives?

What margins need to be erased?

What roofs need to be ripped off to let the ones on the outside in?!

What fellowship and kinship await us to get our eyes off of ourselves?

“He drew a circle that shut me out -

Heretic, rebel a thing to flout.

But love and I had the wit to win:

We drew a circle and took him in!”

(from the poem “Outwitted) By Edwin Markham 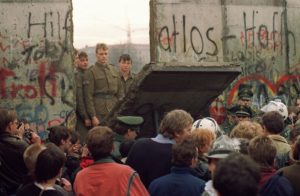 Draw us in close to You, God.  Enable us to draw others in.

I heard this song today from 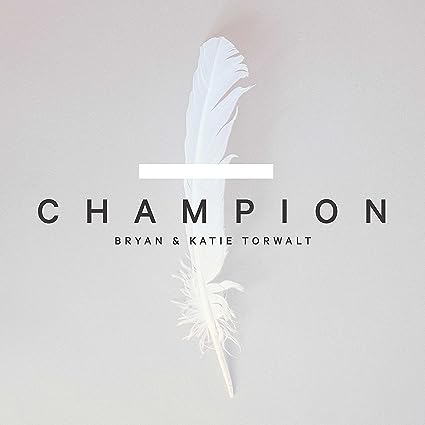 “Tattoos on the Heart” 1

I took this powerful book with me on my trip to Haiti.  It so encouraged me and others who I went to work with.  I loved Gregory’s writing syle, so full of inspirational stories, humor, and examples of kinship, love and redemption. He works with gang members in Los Angeles.  LA County claims 1100 gangs with 86.000 members.  He has created a work site and therapeutic community; a training program and business.  “The Homeboy industries is not for those who need help, only for those who want it.”  He gives them the opportunity to glean soft skills at Homeboy Industries and the opportunity to work with their enemies making the place a “United Nations” of gangs.

The preface arrested me and touched my heart from the beginning.

“If there is a fundamental challenge with these stories, it is simply to change our lurking suspicion that some lives matter less than other lives.  William Blake wrote,’We are put on earth for a little space that we might learn to hear the beams of love.’  Turns out this is what we all have in common, gang member and nongang member alike:  we’re just trying to learn how to bear the beams of love.”

He says, “I have learned to worship Christ as He lives in them.”

One story Gregory shares…. He switched his strategy dealing with an exasperating homie, Sharkey, to catching him doing the right thing rather than being harsh and exacting when he did the wrong thing.  He tells him how heroic he is and how his present courage in transforming his life far surpasses the ‘hollow bravery’ of his barrio past.  This shocks Sharkey and he stares at Gregory and says, “D… G….I’m gonna tattoo that on my heart.”

Oh, if we could realize the power of our words and the influence we have on each other!

Let’s encourage each other today and every day, wherever we go.

Let’s see what God sees and confidently proclaim it! 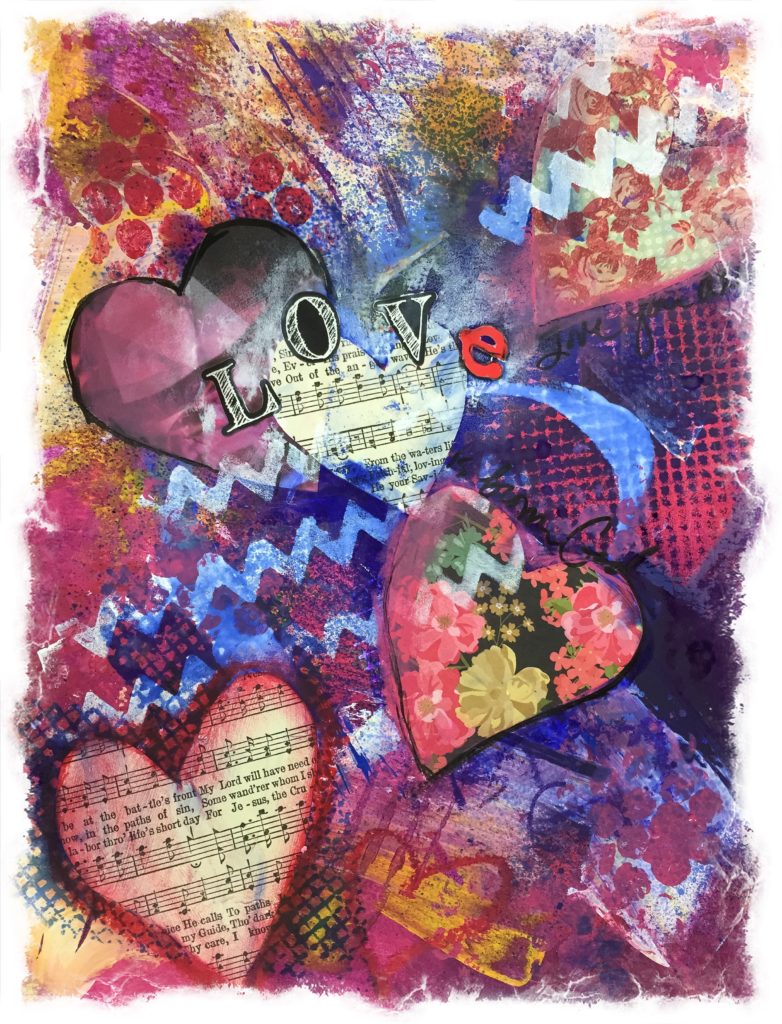 Did you know you can get some AWESOME inspirational books for free or for great discounts?! 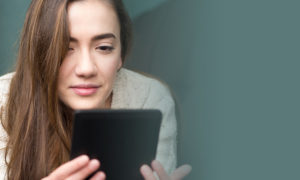