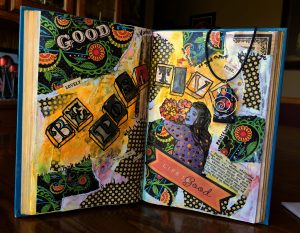 Why are You in Jail?

Change the way you ask a question to transform
the answers you get and the life you lead.

Every chapter in “On Fire” is so full of wisdom and inspiration, and chapter 4 is as well.
In this chapter:
*  John tells about his 7th surgery and how he is encouraged
*  John shares about his hero, his Dad.  Even though he has had Parkinson’s disease for 23 years, he has never complained.  No complaints as his health and energy drains from his body, through falls, broken bones, surgeries, medicine, and pain.  John asked how he could remain so positive and his father answered, “Well, John, I don’t know how I could be negative when I’ve got so much to be grateful for,” while sitting in his wheelchair, struggling to communicate, right arm in a sling from a fall, and having spilled a drink due to his shaking.  He proceeds to tell John for all that he is grateful for.
* Then there is the Nun research on 180 nuns from the Sisters of Notre Dame in Milwaukee, which revealed that 34% of the negative journalers were alive at age 85, BUT 90% of the cheerful journalers were still alive at 85. A decade later, 54% of the most cheerful nuns were still alive compared to 11% of the negative.

Why?  Whatever we focus on in life grows!

It is about perspective. 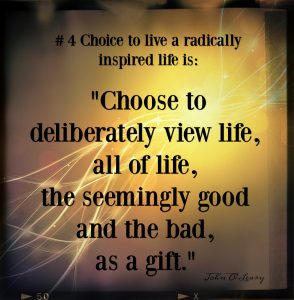 Comment on My Blog to Enter the Drawing for a free copy of "On Fire"!